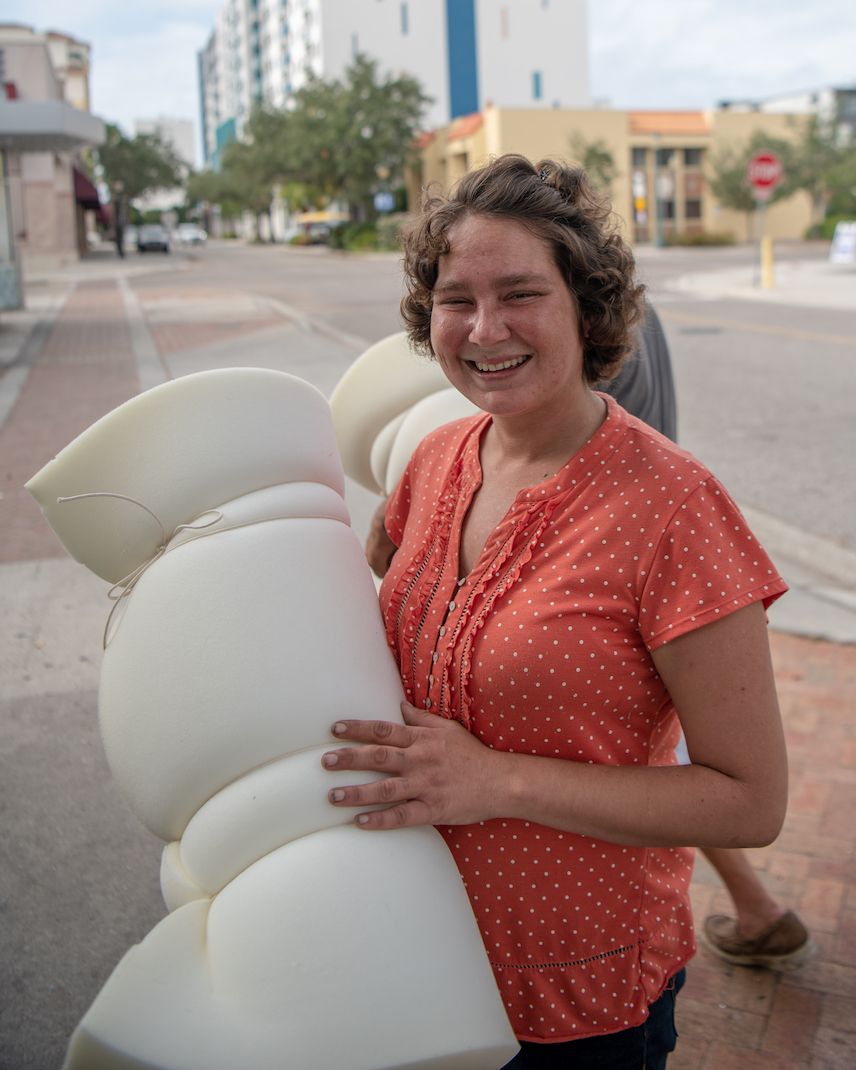 Katy – Community on the Streets

Written by Natasha Reisner on June 2, 2019. Posted in Stories.

I met Katy at beautiful Five Points Park, a downtown anchor of the arts and entertainment of Sarasota, surrounded by the Opera House, Selby Public Library and several high-end stores and restaurants. Katy was sitting in a small circle of what appeared to be a cohesive group her people. Katy reminded me of an adult Shirley Temple with her bouncy brown curls and an expansive smile. She told me that her ‘street family’ calls her Cheeks, Smiley, and sometimes Happy Feet because of the way she walks like a duck. She smiles broadly making light of herself as she describes her gait.

Katy is a pleasant, twenty-six-year-old woman and she has been living on the street since she was sixteen years old. She first became homeless when her mother discovered that she had been stealing her Roxies, an instant release opioid, and threw her out of their home. Her family of origin lives in neighboring Nokomis, Florida. It struck me that Katy appeared to hold no bitterness towards her mother. I explored a little further, but incredibly Katy expressed no anger or resentment and assured me that she now thinks her mother acted appropriately. Katy’s experience of being permanently expelled from her home at sixteen undeniably limited her life options, leaving her highly vulnerable with a heightened risk of homelessness.

Interestingly, a community is for all intents and purposes a sociological construct with its own established and agreed upon values and governing order. Evidently, Katy feels a sense of belonging and unity in hers. At its core, for all of us, any community is about finding a place that we consider home. It seems that belonging is an integral human need and community offers the much-needed support and human connection we all crave. Her ‘street family’ is comprised of people she trusts will be there for her no matter what happens in her life and she, in turn, will do the same for them. Katy has managed to make a life for herself on the streets and feels accomplished in her own right in her community with her ‘street family.’

Katy embodies Maya Angelou’s quotation, “try to be the rainbow in someone’s cloud.”